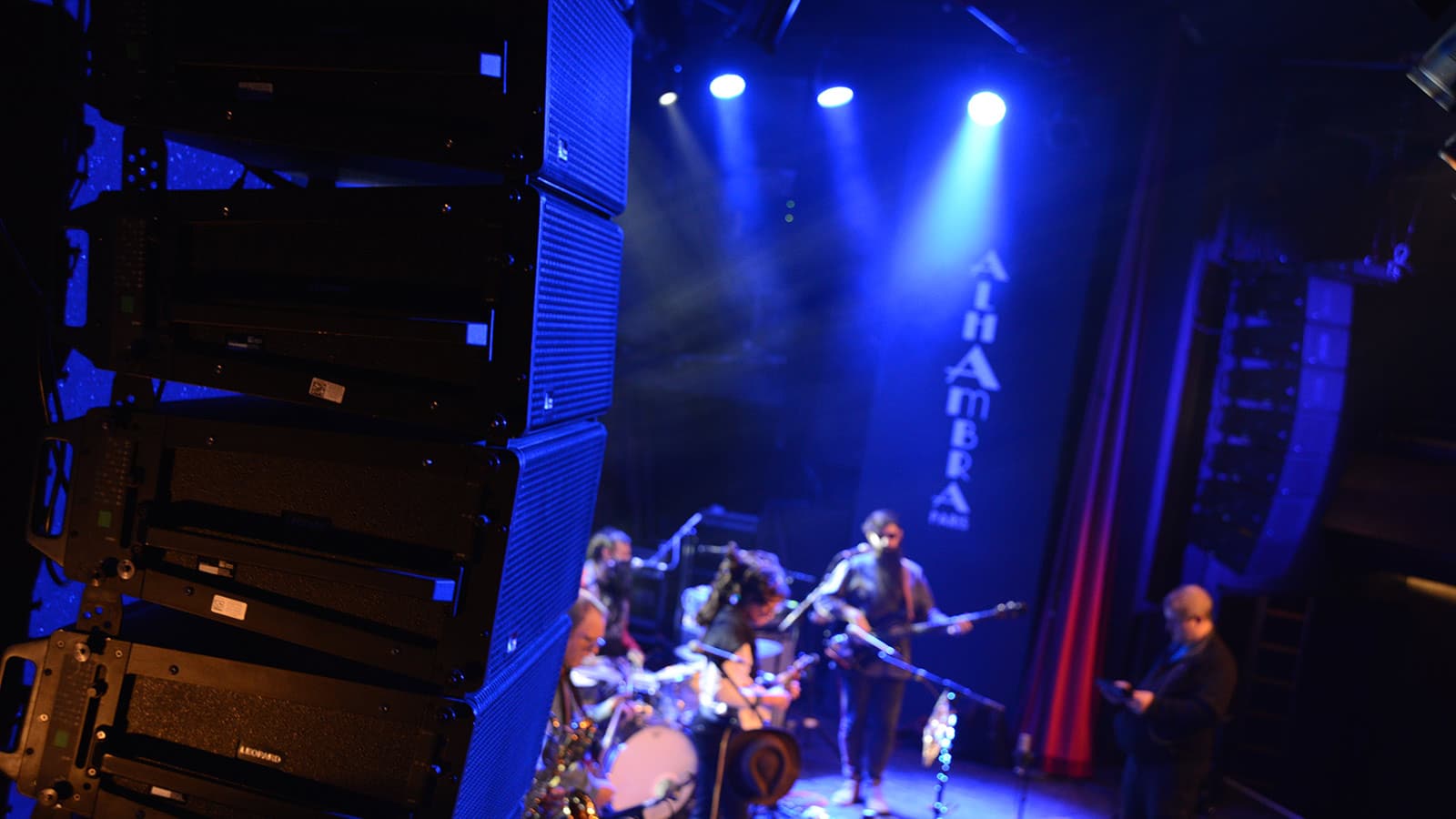 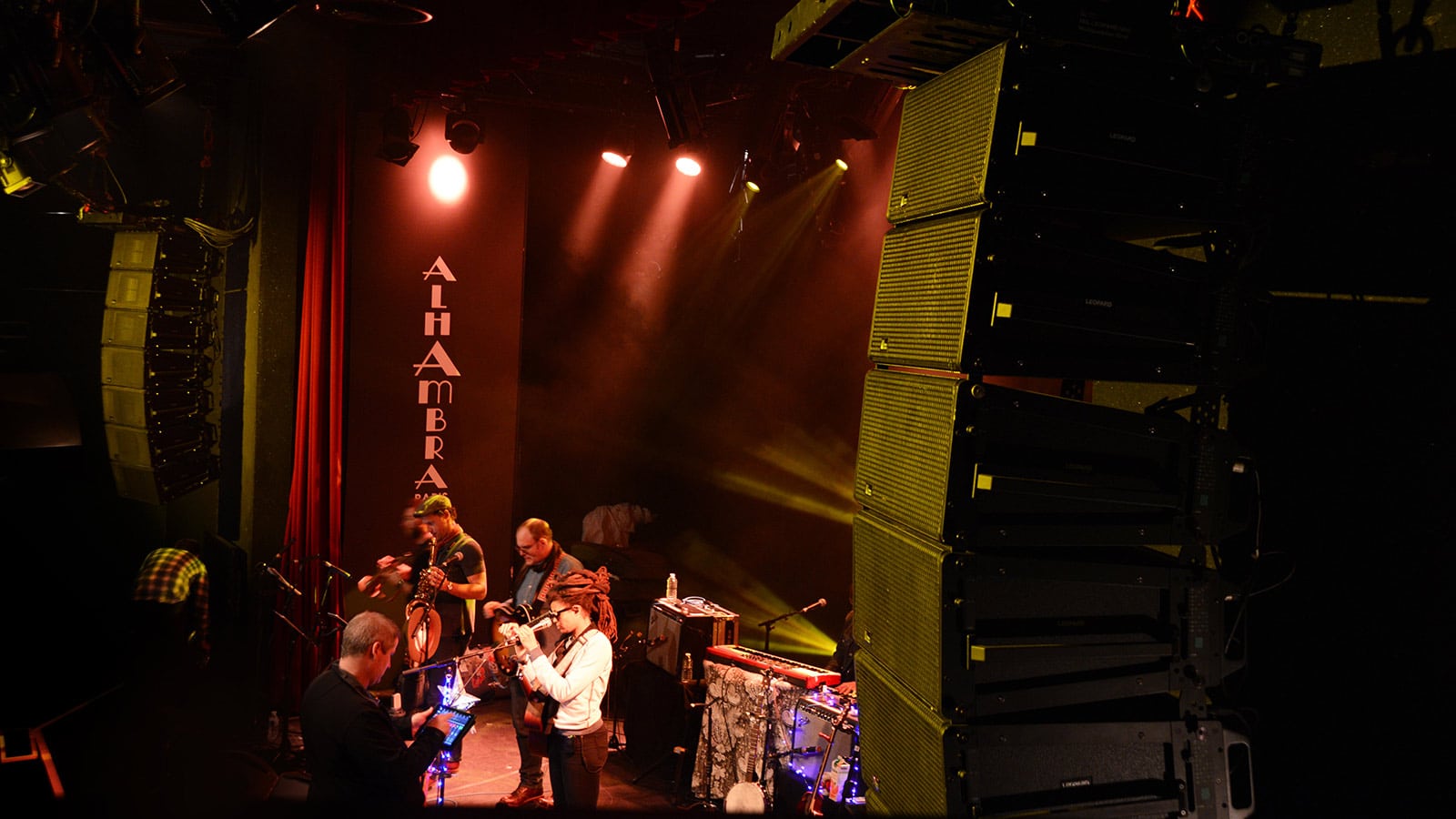 Under the artful guidance of producer/owner Jean-Claude Auclair, the Alhambra Theatre and Music Hall in Paris has flourished by serving up an eclectic mix of diverse musical genres intermingled with comedy shows and children’s productions. To present such wide-ranging artistic diversity with the utmost sonic fidelity, the Alhambra recently upgraded its venerable Meyer Sound reinforcement system with new LEOPARD compact linear line array loudspeakers and 1100-LFC low-frequency control units.

The Alhambra’s prior MICA-based system had provided years of faithful service, but the step up to advanced LEO Family technology has been well received according to the Alhambra’s audio consultant, Thomas Legrand.

“I would describe the LEOPARD system as offering greater accuracy and clarity,” notes Legrand. “As soon as you raise just a few dBs in any frequency band, you hear the difference immediately. It also gives us a greater dynamic range than our previous system.”

The two main arrays of seven-each LEOPARD loudspeakers are supplemented by four UPJunior VariO loudspeakers, with two serving as front fill and two as under-balcony delays. For powerful bass support, the system’s former subwoofer complement has been replaced by four new 1100-LFC low-frequency control units deployed as a horizontal array under the stage.

“The new subs were the same pleasant surprise as the LEOPARDs,” adds Legrand. “They are extremely precise. When pushing the bass frequencies in our mixes, the response stays tight and doesn’t ‘dribble’.”

Both the original Meyer Sound system and the recent upgrade were designed by Marc de Fouquières of DUSHOW Paris, the supplier of all sound, video and lighting systems for the venue.

At the front end of the system, the Alhambra offers mixing engineers an Avid Profile V console, Shure wireless microphones, and a full complement of wired microphones from AKG, Audio-Technica, Sennheiser and Shure. Loudspeaker processing is provided by a Meyer Sound Galileo 616.

The 2017 performance calendar for the Alhambra ranges from rap/hip-hop (5RO) and pop (Alison Moyet and Rick Astley) to hardcore (Underoath), punk (Delain) and world music (Barbara Furtuna + Belem) along with comedy and one-man/one-woman shows.

The Alhambra’s exterior shell and a few interior appointments – notably a grand staircase – are all that remain of the 600-seat, 1920’s vintage Théâtre Art Déco des Cheminots (Art Deco Theatre of the Railways) that once occupied the site. When acquired by Mr. Auclair, much of the original structure had to be demolished for modernization. It was renamed in honor of another famous venue once located nearby, the Alhambra Maurice Chevalier, before reopening in 2008. 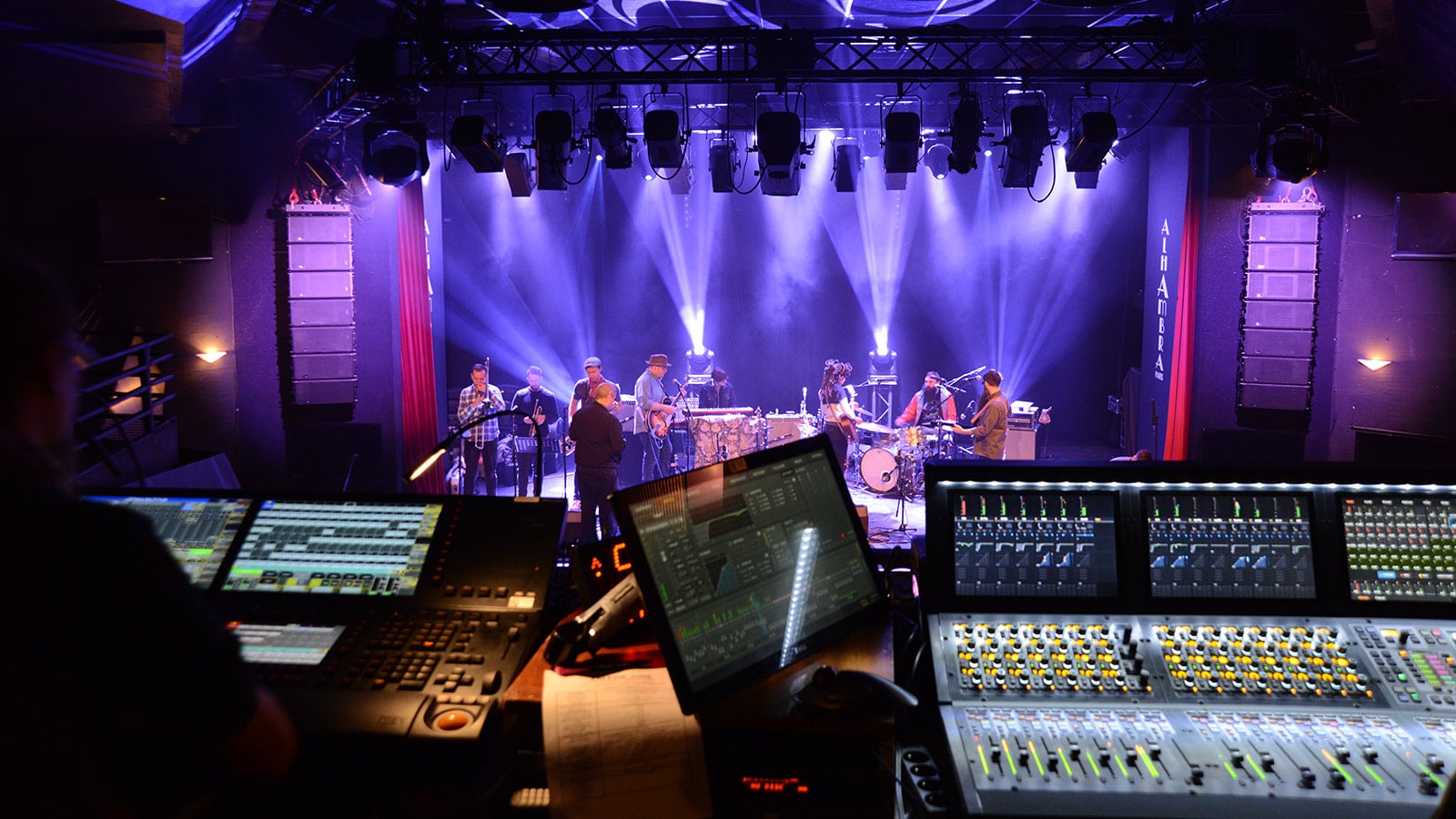 Related Products
2-Channel UltraCompact VariO Loudspeaker, 300W
Model: UPJunior
Low-Frequency Control Element
Model: 1100-LFC
9" Compact Linear Line Array Loudspeaker
Model: LEOPARD
You must be logged in to add more than four items to your comparison list.
Register today!
With a free My-iQ account, you'll be able to keep track of the latest updates and event notifications from your favorite AV manufacturers, manage your own projects and discover new pro-AV products.
register now
close
Thank you!
Someone will be in touch with you shortly.
Contact Lubbock Audio Visual, Inc.
close